Bitcoin On Exchanges Drop By 44%, Could This Fuel More BTC Rally? 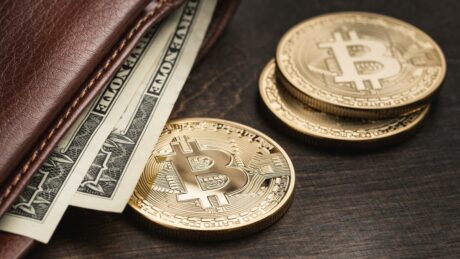 The amount of bitcoin (BTC) being held on exchanges has been on a steady decline since the bear market began in 2022, but the rate at which investors were pulling their cryptocurrencies off exchanges has accelerated in the last couple of months. This has resulted in one of the sharpest drops in the percent of BTC supply left on centralized exchanges.

In a new report by on-chain data aggregator Santiment, the bitcoin held on exchanges has witnessed one of the sharpest declines in history. In January 2022, the BTC held on exchanges accounted for around 11.85% of the total supply, but now, a year later, it has dropped to just 6.65% of the supply left on exchanges.

This is a result of the increasing distrust of centralized exchanges following the collapse of FTX, one of the largest crypto exchanges at the time. Self-custody gained more prominence when the exchange filed for bankruptcy, prompting more supply than normal to flow out of exchanges.

Over time, some exchanges have been hit harder than others when it comes to withdrawals. A lot of this depends on the amount of distrust circulating around different exchanges, with some like Kraken seeing 59% of total BTC held on the exchange flowing out in a one-year period.

Coinbase and Bitfinex emerged as some of the hardest-hit exchanges with outflows of 33% and 32%, respectively. Coinbase’s outflows came amid insolvency rumors which have since been debunked by the exchange.

Will This Push Up the BTC Price?

With so much bitcoin leaving centralized exchanges, it points to one phenomenon and that is the fact that investors are accumulating their coins. Furthermore, with more investors choosing to self-custody their BTC, it leaves much less supply active on exchanges that are ready to be sold.

This has worked out to reduce the selling pressure on the digital asset over the last couple of months. It is also evident in the strength of the current rally as BTC has been able to hold its position right above $21,000. The less bitcoin on centralized exchanges, the lower the available selling supply, allowing for demand to catch up and even overtake supply.

As demand rises following less available BTC on centralized exchanges, BTC’s price will continue to rise along with it. This could see the digital asset testing the $22,000 resistance level before the week runs out.

BTC is currently trading at $21,231. The cryptocurrency’s price is up over 21% in the last week, successfully pushing its market cap above $400 billion once more.