Solana Jumps By 23%: Will A Correction Impact The Recent Rise? 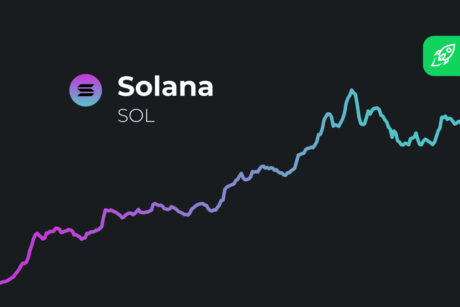 Solana has been one of the top performers in the cryptocurrency market, with gains of over 89% in 30 days, 131% in 14 days, and 63% in 7 days. In the face of claims that the SOL network is failing, the token’s price needs a slight upward boost to gain back the support of investors. After dropping to a low of $8.01 in December, its price has increased dramatically in recent weeks and is now trading above the $20.00 level.

When Solana’s native token SOL hit a 52-week low of $8.14 on December 29, the cryptocurrency was on the edge of collapse before the end of 2022. However, the market has since turned around and is currently in its favor.

The release of the first meme coin, BONK, on the blockchain in late December also contributed to the Solana price increase. The meme coin’s market cap skyrocketed to $200 million as word spread but faded to $55 million at press time. But SOL has not slowed down.

SOL has to close higher than the 200-day simple moving average of $27.59 and exponential moving average of $30.25 to confirm this trend change. However, this close could signal continued positive momentum and set the stage for higher prices.

Although the RSI has moved into the bullish momentum at 73, the MACD is still well above its optimum values. So, it lends credence to the idea that another surge is possible.

The on-balance volume (OBV) has also increased dramatically since the January rally began, reaching a high not seen since July-August 2022. The OBV going up right before a breakout is common, but all other indicators must still hold steady.

To establish this trend change, SOL has to close above the $27.59 and $30.25 200-day Simple and Exponential Moving Averages. However, with such a close, positive momentum appears bullish, which might lead to more price appreciation.

According to Coincodex’s technical analysis, the price of SOL will drop during the next few days, hitting $18.29 on February 1st. It would represent a 20% reduction from current levels.

Solana currently has the fastest-growing developer community, with an expected 2,000 developers by 2022, per a recent report by Electric Capital. This could help to confirm the asset’s bullish trend.

1/ A new report by @ElectricCapital shows that Solana is the fastest growing developer ecosystem, surpassing 2,000 total developers in 2022. It’s second in raw numbers only to Ethereum.

This record ranks SOL as the second most valuable cryptocurrency, after only Ethereum (ETH). Still, it’s too soon to tell if this gain is sustainable or merely a preliminary to other rallies.

However, while Solana’s price growth over the previous two-and-a-half weeks has been outstanding, there is still room for the cryptocurrency to swing either way at this point.