Bitcoin Might Fall Below $20,000 Before Bull Rally Resumes, Analyst Says 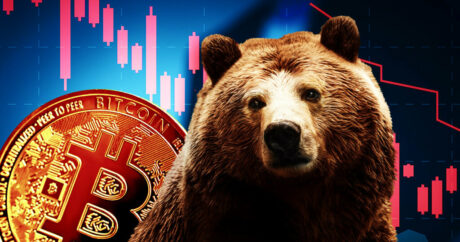 The last two weeks have been incredible for the price of bitcoin. The digital asset has been able to successfully make its way out of a depressing bear trend and reached two-month highs in the process. However, with the recent pullback, there may be a bit more pain for bitcoin investors before the upward rally continues.

In a new issue of his crypto trading newsletter, analyst Justin Bennett reveals some bearish tendencies of the market. He first points to the fact that the market has enjoyed a good amount of gains, adding as much as 28% to its value in just the last 18 days. But as is expected after such a rally, a market correction has pulled back the price of the digital asset.

While there have been speculations that this pullback would only be temporary, Bennett explains that it could go a lot further. Now, the analyst does not take away from the bull trend that bitcoin is currently on but rather presents a scenario where the price of the cryptocurrency could back to below $20,000 before the rally resumes.

BTC has already fallen back into the $20,000 region as of the time of this writing, giving credence to Bennett’s analysis. However, with key support for the digital asset now resting at $20,000, bears could pull the price as close to this support as possible before the bears take over once more.

Factors That Drive This Pullback

In the same newsletter, Bennett points to the PPI data release that underwhelmed the market. In the end, the much-anticipated release was lower than expected, triggering fatigue in the market. Bitcoin had fallen below $21,000 as a result of this.

Also pointing to the US Dollar Index (DXY), the analyst explained the movement of this index on the back of the PPI data release would’ve been bullish for assets such as BTC. “But I think markets got ahead of themselves, so a lot of that bullishness was already priced in,” Bennett added.

Since this pullback has pushed the price of BTC dangerously close to the 5-day moving average, it should come as no surprise if the cryptocurrency were to lose another couple of hundred dollars off its value in the coming days.