LUNC Network Upgrade Backed By Major Exchanges – Will The Crypto Balloon In Price? 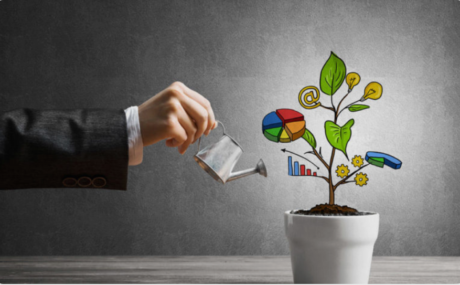 Just this January 14th, LUNC just went through its network upgrade that was supported by Binance. The upgrade was due to several developments on-chain.

According to its January 1st blog post, it was because the system of LUNC remints tokens that were burnt for a development fund.

What It Means For LUNC

Luna Classic becoming deflationary would have an effect on the token. But this wouldn’t be enough for the token to have a big move in the short and mid-term. Based on the blog post, this burn rate of the ecosystem would increase as remints would be eliminated.

The proposal also increases the gas fees in the ecosystem, making the usage of the community fund more efficient. Although this may seem bad, Terra Luna Classic’s gas fees are still comparably low compared to Terra 2.0.

The proposal was well received by the community. This could be a catalyst for a consistent move upwards as LUNC rides the altcoin rally.

LUNC is the native cryptocurrency of the old Terra network. It was launched in 2018 under the name LUNA, but was renamed LUNC following the Terra disaster.

Long Term, The Key For Gains

Short term, the token is set to break its current upward trend. Volatility is expected to enter the market in the next few days – but then that is not surprising – as the market prices in the burnt tokens.

It is likely, however, that the token would have a respite in the coming days as deflationary forces act upon the token.

As the time of writing, the token’s price is at $0.00017586, a percent discount from yesterday’s price movement, but LUNC also exhibited sizable gains in the weekly and bi-weekly time frame. The token is also currently facing strong resistance at $0.00018073.

In the short-mid term, the token would revert back to its support at $0.00015726 in the next couple of days or weeks. If the token experiences a pull back in price, the token should have enough momentum to retest the $0.00018073 resistance level.

If the token breaches the $0.00018073 resistance level, it could regain and consolidate above it in the coming weeks to retest $0.0001866 with confidence.

Investors and trader should brace themselves for a bumpy few days as the token experiences volatility.

Long-term, holding LUNC is the best move for investors and traders as the market rides on Bitcoin’s resistance break at $21,000.