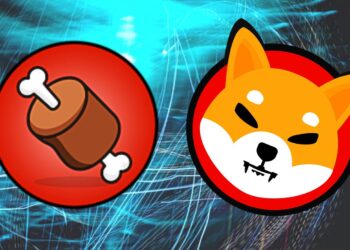 As the Shibarium launch draws near, the popularity of the blockchain’s native token, BONE, has been on the rise. In today’s announcement, Singapore-based Exchange BingX announced the listing of BONE trading pairs (BONE/USDT) on the beta version of its BingX Spot platform.

The exchange said that the deposit and withdrawal service of the BONE token will be available on the BingX exchange starting from January 18, and trading will commence once the pairs are launched.

According to the company’s announcement, the move was taken due to the high demand from customers and members of the Shiba Inu and BONE community.

So far, BONE has gained significant momentum to the upside over the past weeks, especially following the developers’ announcement on making BONE the token to cover gas transactions and compensate validators and delegators on the layer-2 Shibarium blockchain.

BONE has advanced and reached higher highs both in price and amount of holders. The BONE holder count has surpassed 60,000, indicating rapid accumulation by various investors.

Regarding price, BONE has followed suit with the general crypto market rally. The token has surged 72% in the last 30 days.

Meanwhile, at the time of writing, BONE is currently trading at $1.33, down by nearly 11% in the last 24 hours, with a trading volume of $12.1 million over the same period.

BONE has also been on an active rally to the upside since the start of this year, with its price reaching a four-month high of $1.59 yesterday, December 18.

Currently, CoinMarketCap ranks BONE as the 124th largest cryptocurrency in the world based on market capitalization. The Shiba Inu community believes that BONE has the ability to enter the top 100 cryptocurrencies soon after the launch of the Shibarium Beta.

Speaking of BONE, the token’s most anticipated catalyst as of this moment is its use case on the Shibarium blockchain.

Earlier this month, Shibarium Developers announced BONE would be the only token that would be used for gas fees as well as other blockchain activities, and “No other tokens will be necessary to operate within the protocol.”