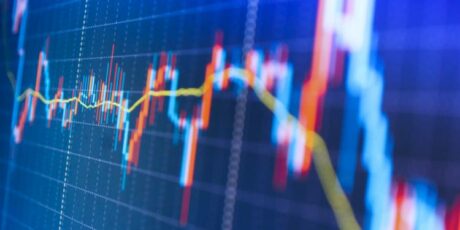 Despite the increase in market capitalization, which shows investors might be returning, big large caps are still deemed undervalued. In a tweet posted today by blockchain intelligence firm Santiment citing the MVRV Z-score, Binance coin (BNB) is the only overvalued crypto amongst tokens with a large market cap.

Santiment reported that BTC, ETH, XRP, ADA, DOGE, MATIC, SHIB, UNI, and LINK are undervalued. However, despite their deemed result, each of them was still part of the global crypto market rally or the ‘mini bull run’ seen over the past weeks.

BTC and ETH have seen more than a 10% increase in value, respectively, over the past seven days. At the time of writing, both cryptos are up 2% in the last hour, with BTC 24-hour trading volume exceeding $39 billion and ETH surpassing $6 billion.

Other large caps like XRP and ADA have also seen significant movement in price to the upside over the past weeks. With XRP up 15% in the last 14 days and ADA up 25% over the same period.

Notably, this is not ADA’s first time appearing on Santiment’s undervalued crypto list. Last month, the crypto analytics platform shared an analysis indicating that the Cardano native token was undervalued regardless of the aggressive accumulation from Sharks and Whales holding at least 100k to 10 million ADA tokens.

Though merely looking at it, BNB being overvalued over other large caps such as BTC and ETH might be quite unbelievable. However, BNB’s potential has proved to make the coin overvalued worthy. Late last year, following the collapse of FTX, BNB survived through an industry-wide FUD, which plummeted its value by over 10%, sending it from its hovering $300 trading price to below $250.

Despite the intimidating FUD, BNB survived through, as the token didn’t plummet much as expected. Furthermore, since the beginning of the year, BNB has chosen the bullish path surging nearly 15% in the past two weeks. BNB also rallied amid its quarterly burn, which happened on Tuesday, and has so far refused to make a movement for a retracement.